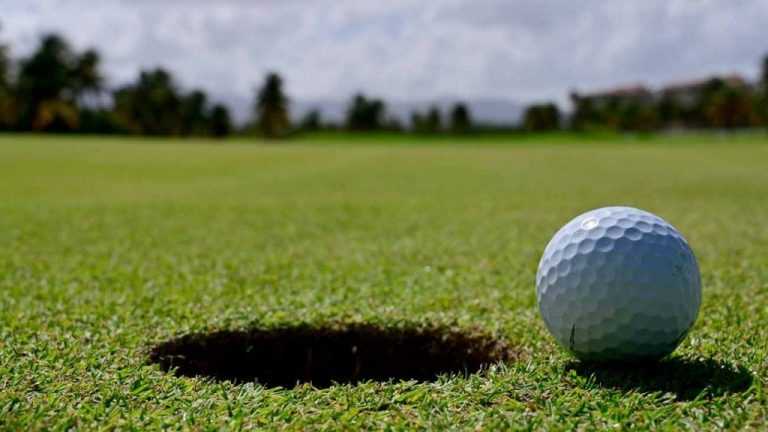 By the late 19th century, most clubs began to align themselves with either the Society of St. Andrews Golfers, later the R&A, or the Gentlemen Golfers of Leith, later the Honourable Company of Edinburgh Golfers.

The earliest surviving written rules of golf were produced by the Gentlemen Golfers of Leith on March 7, 1744. They were entitled “Articles and Laws in Playing at Golf” and consisted of 13 rules. The original manuscript of the rules is in the collection of the National Library of Scotland

1. You must Tee your Ball, within a Club’s length of the Hole.
2. Your Tee must be upon the Ground.
3. You are not to change the Ball which you Strike off the Tee.
4. You are not to remove Stones, Bones or any Break Club, for the sake of playing your Ball, Except upon the fair Green, & that only within a Club’s length of your Ball.
5. If your Ball come among Water, or any wattery filth, you are at liberty to take out your Ball & bringing it behind the hazard and Teeing it, you may play it with any Club and allow your Adversary a Stroke for so getting out your Ball.
6. If your Balls be found anywhere touching one another, You are to lift the first Ball, till you play the last.
7. At Holling, you are to play your Ball honestly for the Hole, and, not to play upon your Adversary’s Ball, not lying in your way to the Hole.
8. If you should lose your Ball, by its being taken up, or any other way, you are to go back to the Spot, where you struck last, & drop another Ball, And allow your adversary a Stroke for the misfortune.
9. No man at Holling his Ball, is to be allowed, to mark his way to the Hole with his Club or any thing else.
10. If a Ball be stopp’d by any person, Horse, Dog, or any thing else, The Ball so stop’d must be play’d where it lyes.
11. If you draw your Club in order to Strike & proceed so far in the Stroke, as to be bringing down your Club; If then, your Club shall break, in any way, it is to be Accounted a Stroke.
12. He whose Ball lyes farthest from the Hole is obliged to play first.
13. Neither Trench, Ditch or Dyke, made for the preservation of the Links, nor the Scholar’s Holes or the Soldier’s Lines, shall be accounted a Hazard; But the Ball is to be taken out Teed and playd with any Iron Club.
Debate surrounds the authorship of these regulations, which were signed by John Rattray and which—on matters of order of play, outside interference, water hazards, holing out, making a stroke, and the stroke and distance penalty for the loss of a ball—remain an integral part of the modern game. Rattray’s sole signature does not guarantee that he was wholly responsible for them, though his prominence within the company and Edinburgh society at large makes him the most likely candidate. Under these rules he went on to win the silver club for a second time in April 1745.